It should be no secret that the vessels of the Maine Windjammer Association are steeped in history and tradition.  The captains take great pride in sharing these traditions with guests and passing this knowledge onto their crew, as it was once passed on to them. Most captains spent years working their way up “through the hawsepipe” often starting their maritime career as an apprentice or galley hand. As a crew member they learned the skills necessary to keep these vessels shipshape and to sail the waters of Maine. The skillset is vast and includes everything from woodworking, metal fabrication, traditional rigging, coastal navigation, rope work, plumbing, and of course the classic arts of brass polishing, deck swabbing and how to spin a sea yarn.

In this way the traditions of Maine’s maritime legacy are passed down and continue to thrive.

This year two new captain/owners are taking command, ready to carry on the Windjamming traditions that make our fleet so special.

After 37 years owning and operating Schooner American Eagle, Captain John Foss is stowing his sea boots to enjoy some much deserved R&R in retirement ashore. His longtime crew member Captain Tyler King will be taking over the helm and stewardship of American Eagle.  It is a very fitting and natural transition. Captain King seems to have been born for this task. Fortuitously, King was born and raised in Gloucester, MA, where the American Eagle (then called Andrew & Rosalie) was built in 1930. King’s parents own a boatyard in Gloucester where King spent his early days immersed in all things boat. He and his family spent their summers sailing on their own boat in Maine before King landed his first job on a Maine Windjammer as an apprentice at the ripe old age of 16.  From there he worked on a several other Windjammers, received his electrical, diesel and systems certificates, landed a crew position on American Eagle and earned a captain’s license. He’s been sailing the American Eagle since 2017.  “I also love taking people sailing and I love showing people all the things that I find so fascinating about these big old wooden boats, and the coasts they sailed by. And that’s really something I want to preserve,” said Captain King in a recent Marlinspike article.  He looks forward to sharing his love of the Windjamming experience with all of you! 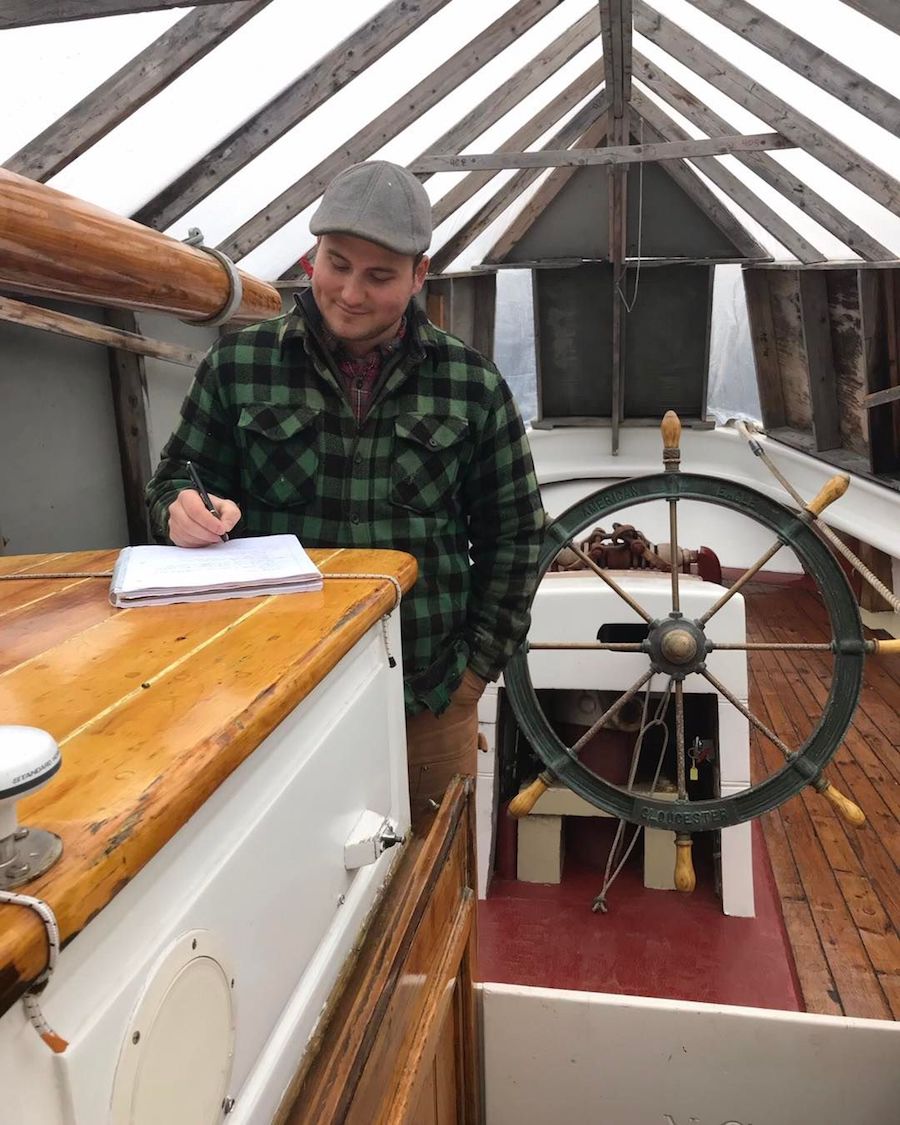 2022 also marks the inaugural year for Captain Becky Wright and her partner Nathan Sigouin as the new owners and operators of the Schooner Lewis R. French. Like Captain Tyler King, Captain Wright seemed destined from a young age to own her own windjammer. She first came to Camden when she was 17 and got a job as a messmate on one of the schooners. She worked her way up through the hawsepipe, earning a Captain’s License along the way, to captain the Schooner Mistress for three years. When not in Maine, she spent three years sailing yachts in the Caribbean.  Nathan, a skilled metal fabricator and thorough-bred Mainer, fell in love with schooners as soon as he met Becky.  Last year, Becky’s eighth year working in the Windjammer fleet, she joined the crew of the Lewis R. French as first-mate. The former owners, Captain Garth Wells and Jenny Tobin owned the French for 18 years and were ready to spend more time ashore with their family. Becky and Nathan were the ideal candidates for carrying on the stewardship of the vessel. “We are beyond thrilled to be your fulcrum to the wonders of a Windjammer trip” they wrote in their introductory statement.

Both captains join the circle of the windjammer captains dedicated to keeping Maine’s historic tall ship fleet alive and well for decades to come.