All of our vessels that are a part of the Maine Windjammer Association have seen it all but the ones who are the oldest of the fleet and are celebrating 150 years, schooners Lewis R. French and Stephen Taber, have seen more. As the oldest still operating commercial sailing vessels in the U.S.A., they have survived the Great Depression, both world wars, and the 1918 and 2020 pandemics. This summer ­– their 150th years afloat – they will set sail once again, plying the East coast as they have for a century and a half. 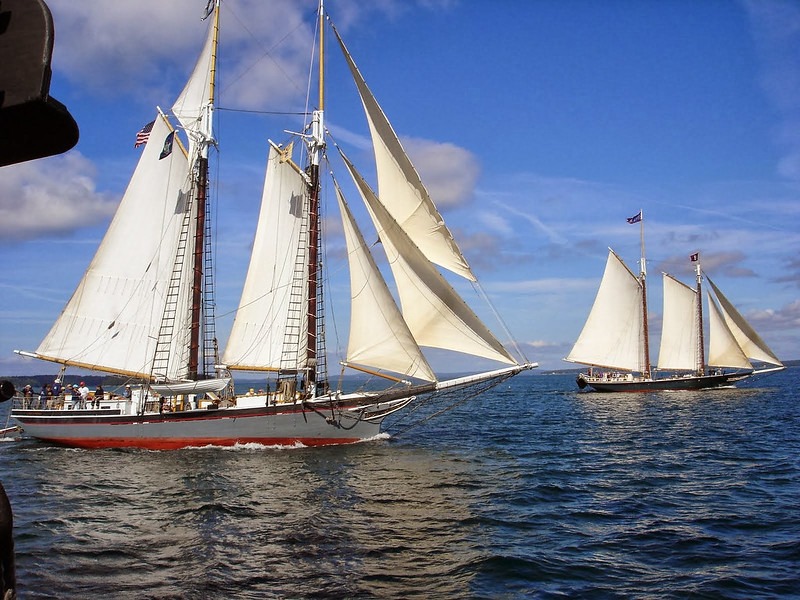 These Windjammers were originally built to haul cargo but now serve as one of the top travel destinations in the state of Maine. Both vessels operate as Maine Windjammers, sailing with 20 or so guests each week on overnight cruises along Maine’s pristine coast. Guests are given the rare opportunity to enjoy an authentic sailing adventure with the magnificent coastline and islands of Maine as their backdrop. Cargoes of these National Historic Landmarks may have changed over time, but these schooners continue to earn their keep. 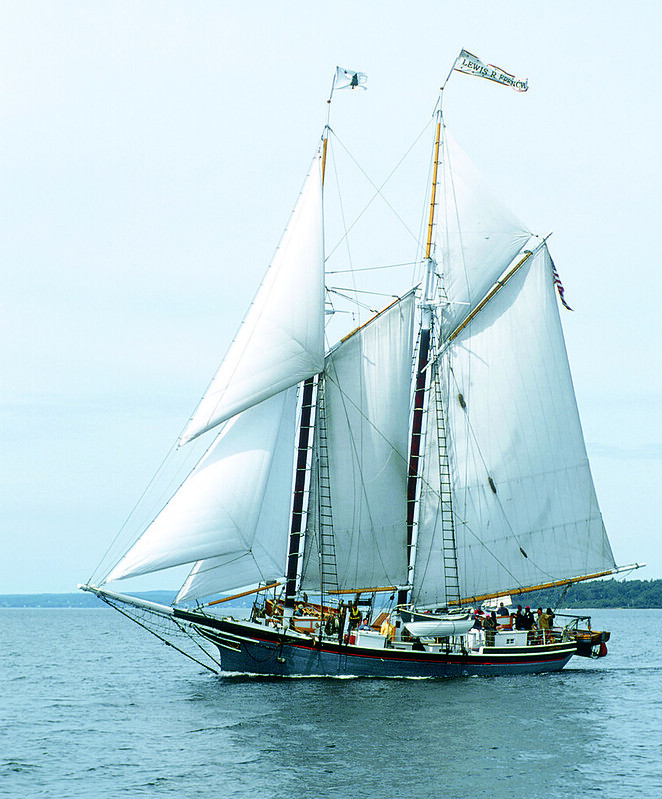 Captain Garth Wells and his wife, Jenny Tobin, have owned and operated Schooner Lewis R. French since 2004. The Lewis R. French was built in South Bristol, ME, and launched into Christmas Cove on April 28, 1871. She spent 100 years as a cargo vessel in Maine hauling wood, granite, and bricks, to name just a few of her cargoes; survived a fire at the dock in the 1920s; and served as a sardine freighter under power until being rebuilt in the 1970s as a Windjammer. She is the last remaining Maine-built schooner of the 1800s.

Schooner Stephen Taberwas built at the Van DeCott Shipyard in Glenwood Landing, NY, and launched on Oct 19, 1871. After serving as a cargo vessel and yacht, surviving a collision with a tanker in New York harbor in 1899 and outlasting most other coasting schooners, she was rebuilt for the Maine Windjammer trade in the 1940s. She is the oldest continuously sailing vessel in the country. Captain Noah Barnes and his wife Jane Barrett Barnes, have owned and operated their vessel, Stephen Taber, since 2004.

A ceremony will be held at the Maine Bicentennial event in Rockland on July 2nd to celebrate the 150th birthdays of both vessels and to recognize the entire Maine Windjammer Association fleet for being the largest fleet of Windjammers in the world and based in the Rockland and Camden harbors. To book a cruise with us around this event, click here.