While light wind meant boats drifted over the starting line, fourteen historic windjammers  raced from Gilkey Harbor in Islesboro, ME to the finish line at the Rockland Breakwater Lighthouse in the 43rd Annual Great Schooner Race on July 5, 2019.  With boats ranging from 48 to 141 feet, and the two oldest windjammers in America racing against newer sleeker ones, it was a race filled with skill, luck and who caught the wind first. 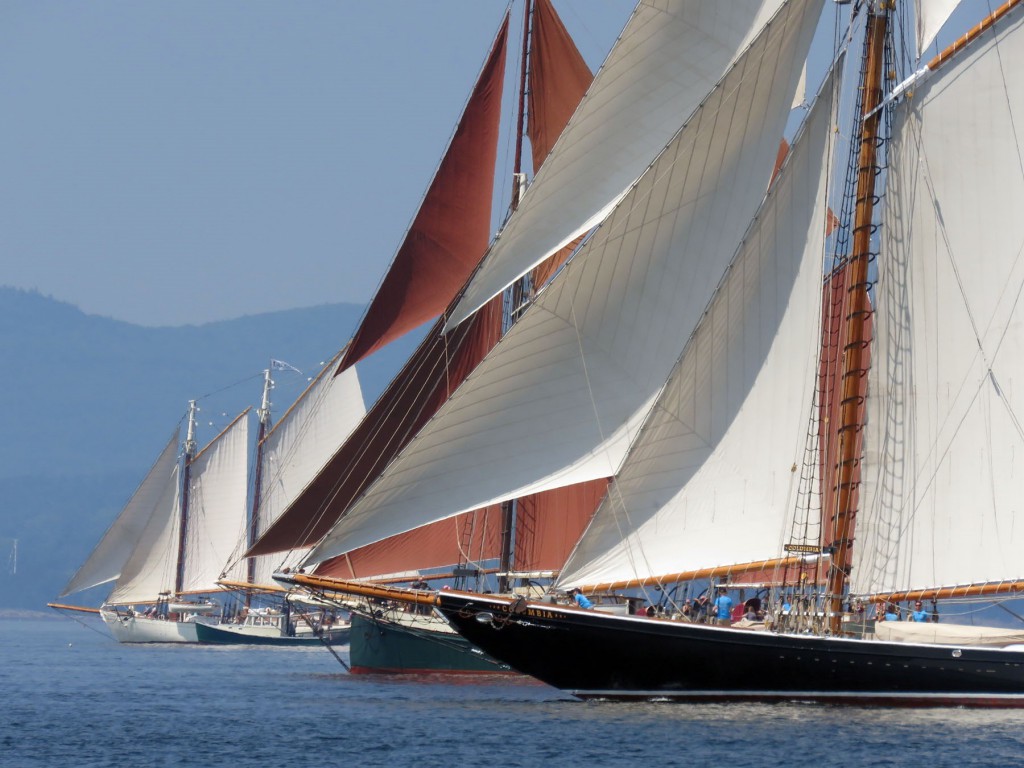 Photo: Boats vying for position at the start of the 43rd Annual Great Schooner Race.  Photo by Bob Trapini

Racing for the first time in the Great Schooner Race, the Schooner Columbia, hailing from Panama City, Florida, and in a class of her own, was placed in the Windward Class to race against the bigger boats in the Maine Windjammer Association fleet. She was given a 20-minute handicap.  As the wind built into the afternoon, Schooner Columbia pulled out in front and crossed the finish line first with Schooner Mary Day in hot pursuit. Pushing through the wind at the end, Schooner Mary Day finished 19:16 minutes behind the Columbia, taking first place on corrected time (after the handicap was figured) and taking home the Great Schooner Race Cutty Sark Award. In keeping with tradition, Mary Day’s captain Barry King was  presented with the trophy and the coveted “Eat My Wake” flag, both given to the first Maine Windjammer Association boat to cross the line.

Considered by many as the largest annual gathering of traditional historic schooners in America, wind and wits dictated the following results from the 43rd Annual Great Schooner Race. 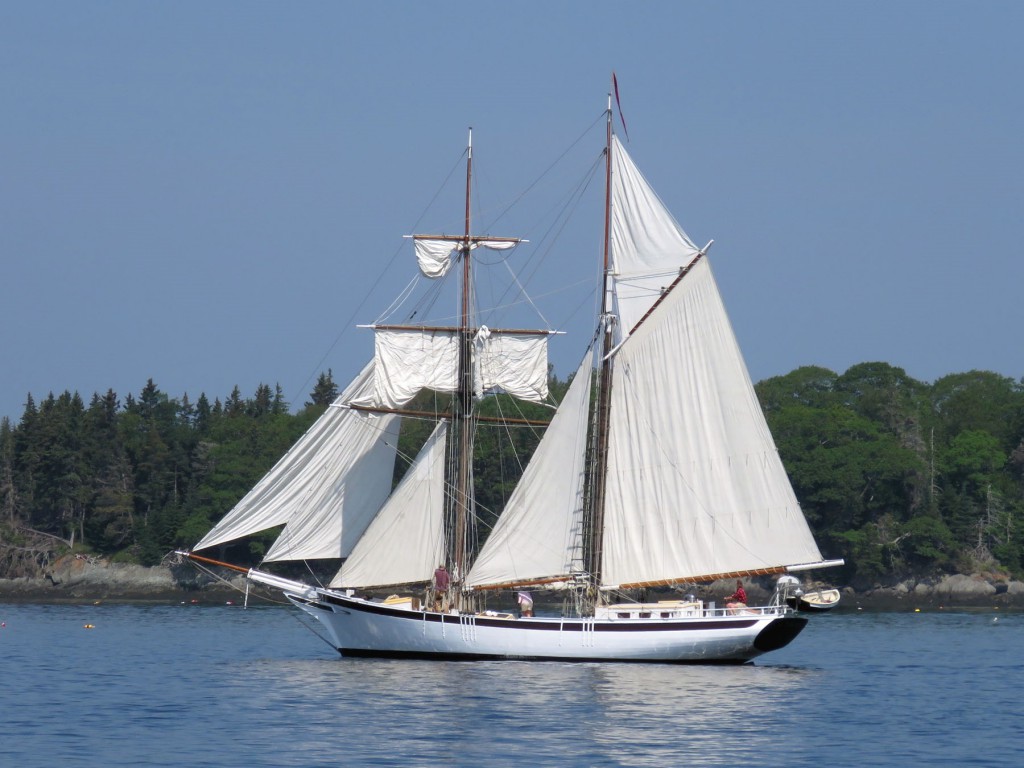 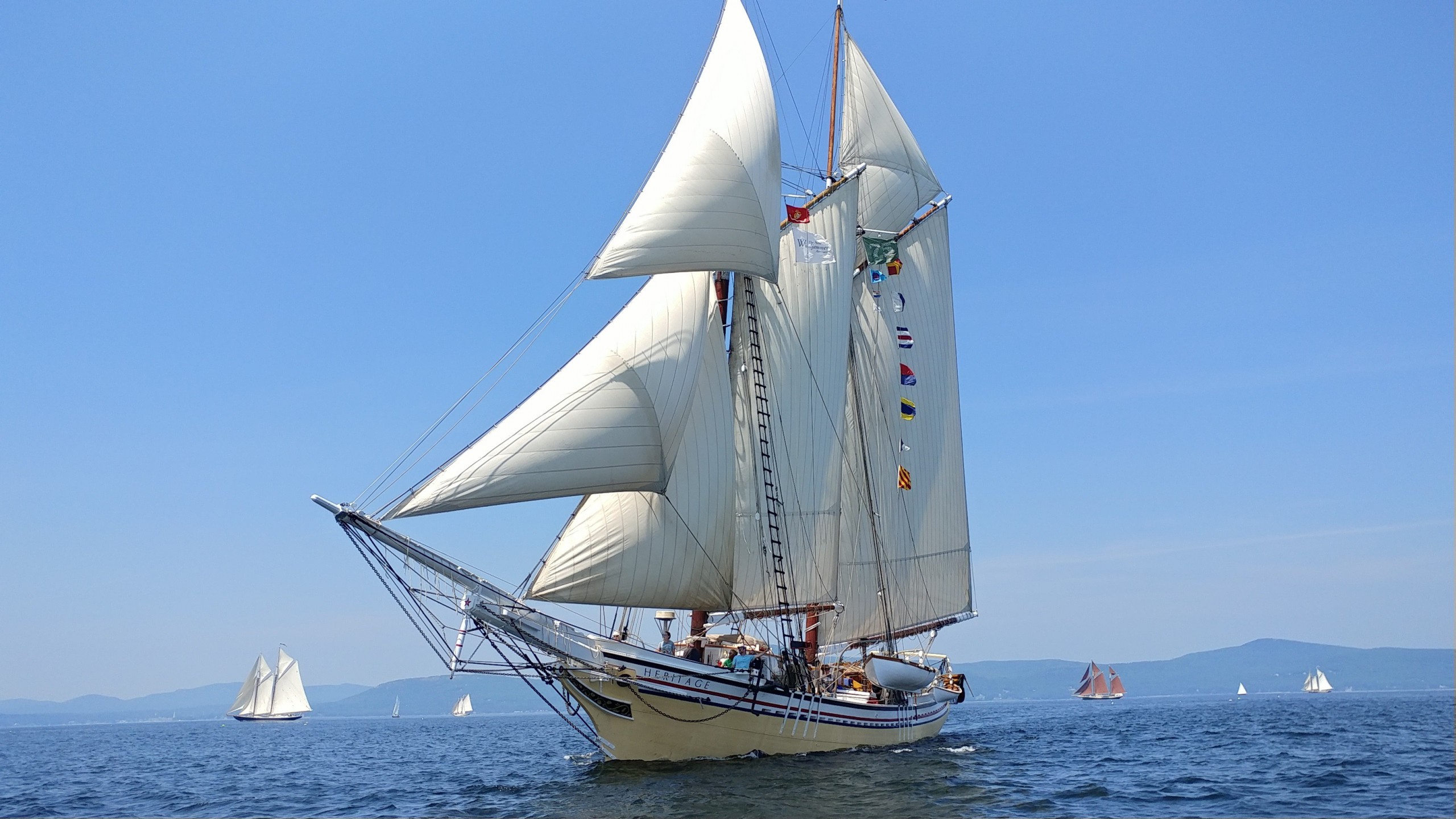 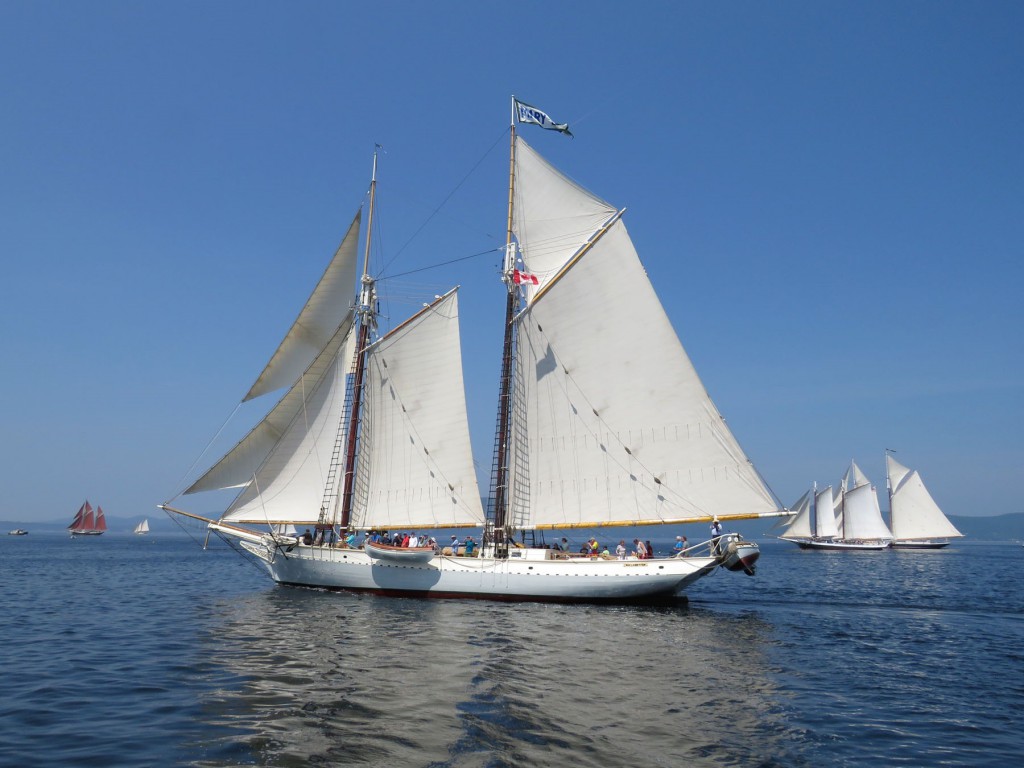 Additional awards were given for seamanship and navigational skills.

The Spirit of ’53 Award recognizing great seamanship during the Great Schooner Race went to the Windjammer Angelique, Captain: Dennis Gallant, Homeport: Camden, ME

The Boyd Guild Award, named after the colorful Captain Boyd Guild and recognizing tenacity throughout the race went to the three-masted Victory Chimes, Captain: Sam Sikkema, Homeport: Rockland, ME.

Windjammer fans will have another opportunity to view windjammers under full sail as they enter Rockland Harbor during the Annual Parade of Sail, scheduled for Friday, July 12th.  Best viewing will be from the Rockland Breakwater as the boats sail past from 2:00-4:00pm.  Tour the Rockland Breakwater Lighthouse and enjoy lively commentary by windjammer historian, Jim Sharp of the Sail Power & Steam Museum.

The Great Schooner Race is presented annually by the Maine Windjammer Association, representing eight traditional Maine tall ships, ranging in size from 64 to 132 feet on deck. Half of the windjammers are National Historic Landmarks. All of the vessels are privately owned and operated.  For more information on the Maine Windjammer Association and windjammer cruises in Penobscot Bay, visit SailMaineCoast.com. 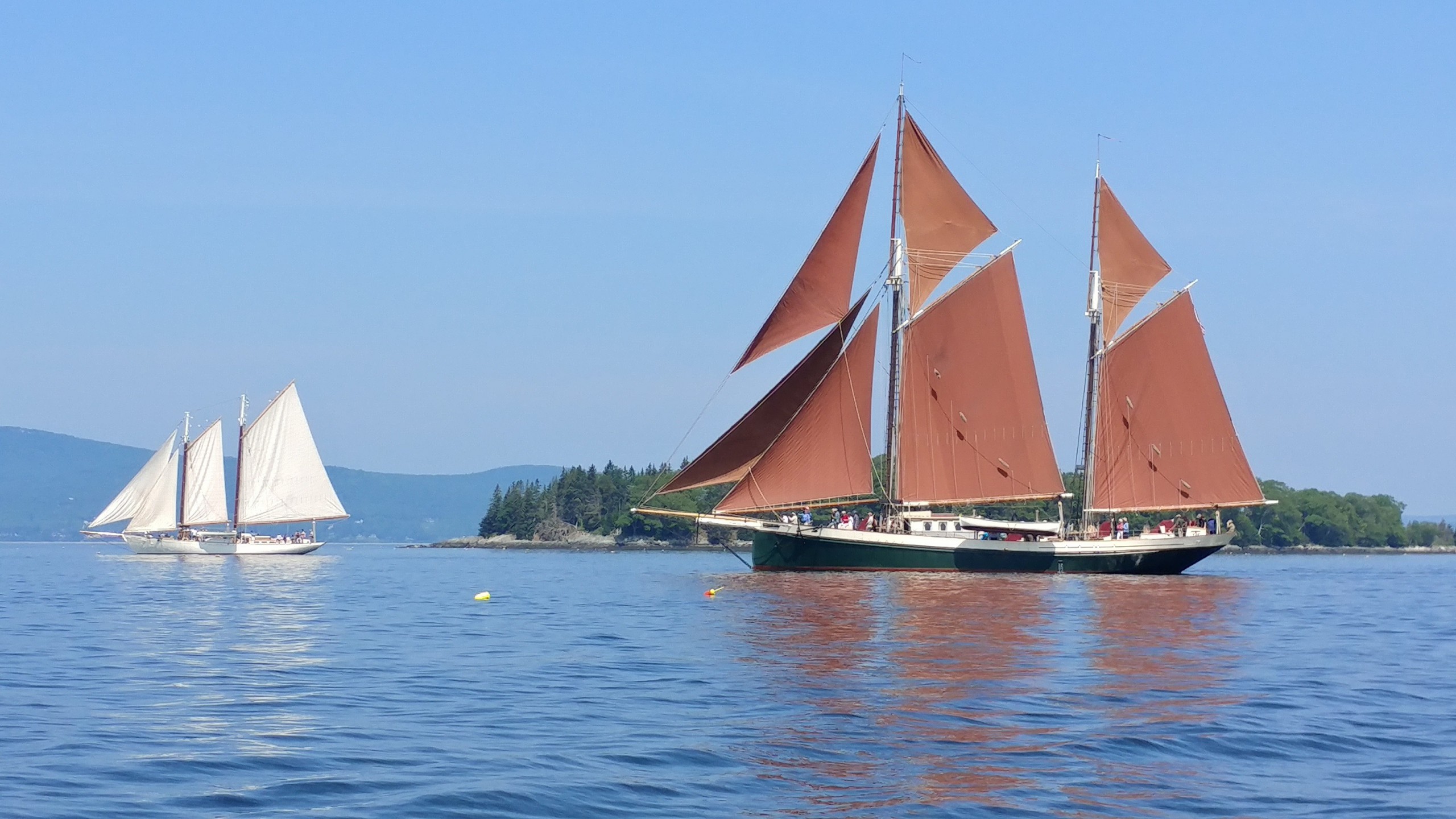 There is still some availability for upcoming trips this summer.  Contact your favorite schooner to learn about room on this and other upcoming special event cruises of the Maine Windjammer Association.